The day after the first round of the presidential election, billboards appeared across the Czech Republic in which Andrzej Babis promised not to drag the Czech Republic into war because it “A diplomat, not a soldier.” However, he received considerable criticism for this. The presidential candidate responded by saying that there should have been a general instead of a soldier. He said this on a Czech television.

Babiš, a former prime minister and presidential candidate, was urged by Defense Minister Jana Cernokova not to use soldiers in his campaign. “They are not bloodthirsty, but professionals,” said Černochová. Now came another criticism – the association supporting Ukraine.

Mluvme spode, an association belonging to Bigmedia, which owns advertising space and is owned by the group, responded to the billboards. Pickboard, sent an open letter. In it, he asked everyone to be measured by the same standard. “Based on your company’s actions today, we further demand the removal of the billboards of presidential candidate Andrej Babiš, which read ‘I will not drag the Czech Republic into war,'” the association wrote. letters.

In it, he also focused on the case that happened last year. At the end of last April, the association held a billboard in front of the main train station in Hradec Králové with a photo of Ukrainian President Volodymyr Zelensky and the words “Give him arms, the real president.” At the same time, there was also a QR code in the advertising space with a link to contribute to the collection for the purchase of defense materials announced by the Ukrainian embassy.

See also  When and from which direction - tsn.ua

“Advertising should not contain elements that use motifs of violence or fear,” BigMedia responded. 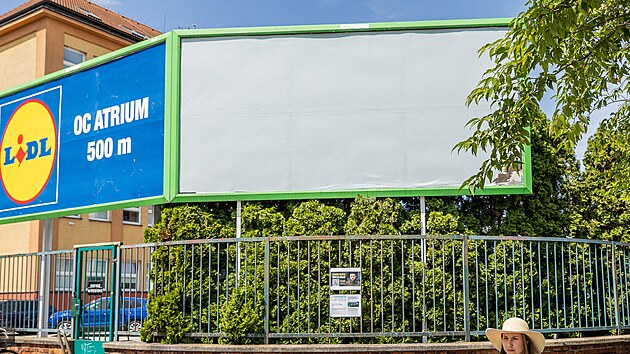 Advertising company BigMedia took down a billboard in Hradec Králové asking for financial contributions to purchase arms for Ukraine.

But Bigmedia removed the billboard after about a month and a half. And the reason? The company responded, he pointed out, as violating the law regulating advertisements and inciting fear My diary.

“The ad motif evokes negative reactions and fear of anticipated violence among the public. The purpose of its publication is, inter alia, contrary to the law regulating advertising,” the company argued at the time.

However, the association has now pointed out in an open letter that Babis’ billboards contain the word “war”. “He’s obviously working out of fear. If the second candidate, who was a professional soldier, becomes president, Billboard suggests that he will drag Czechia into the war,” the association continues.

According to him, at the same time, Babis’s hand gesture on the poster is similar to a popular recruitment flyer for the US Army, promoting the idea of ​​conscription for military service or mobilization.

“This billboard certainly incites fear, and the manipulation of fear is its obvious purpose. The intention of ‘leader’ Babiš and the mentioned slogan is capable of instilling fear not only in us, members of the association Mluvmespolu.cz, but also in other citizens who expressed these concerns on social networks. You too with a complaint,” the letters said. mentioned.

The association turned to the Advertising Council

See also  How many missiles are ready for an attack on Ukraine - tsn.ua

The editors of iDNES.cz also approached BigMedia regarding the letter, which sent a letter to the editors in response to the Mluvmespolu.cz association.

“By law, the sponsor is responsible for the content of the advertising message. Therefore, please contact the client with any questions and suggestions regarding the presidential advertising campaign. If you believe it violates any law, we recommend that you act in accordance with the laws of the Czech Republic,” said the response signed by CEO Marek Pavlas.

In it, he emphasized that he had already given great support to Ukraine in the spring, and that he supported charity campaigns in his favor.

“The total amount of our support during that period exceeded three million kroner. All these objectives called on the public to participate in humanitarian projects related to the situation in Ukraine. From all of the above, it is clear that we are fully on the side of Ukraine, but in no case do we call for war,” explains the company, which Attached several photos to letter showing support to Ukraine.

In addition to BigMedia’s appeal, the association also appealed to the Advertising Council to investigate the campaign. For them, it may be against the law. They also called BigMedia to remove these presentations, but the company did not respond. “The feelings of nausea, anxiety and disgust they cause us are your responsibility. These billboards may cause even more fear and anxiety in people who submit to blatant manipulation,” the association asserts.